you waking up in hospital as a soul, and your goal is to figure out how you died.

Is anything wrong with the game?

don't worry game made by one person.

also models made by me do you like it?

this game is just for fun and wasting time a good way of course.

One Of The Buttons.zip 87 MB

Viewing most recent comments · Next page · Last page
ThatGuyAlexier13 hours ago
I thought that i knew what i was doing but suddenly i got lost as hell!! nice concept tho! worth exploring!
Reply
TsukuruHouse5 days ago
I need a gun
Reply
AshleyTata8 days ago

I reuploaded this video because I'm a loser who deleted their channel and the email along with it. I promise I'm the same person, I'm just admitting to being a moron

Absolutely weird! I love it but I was so lost at what was happening

is nobody gonna point out that that is the anabelle doll...no...ok

Oh, I knew it was Annabelle. I kept calling her that during my playthrough

I love these games from this dev they make no sense... Which is why they are so epic. I swear at one point I spotted Slenderman. Below is my gameplay hope you enjoy the edits. If you subscribe that would be epic.

This game was funny and scary! Although I didn't really understand the ending.

Nice game, a little confusing at the end, but I feel like the story was interesting and it kept me moving forward! Check out my video!

not a good game it was weird as FUCK

Haha thanks for the fun!

Huh... This is a tough one to comment on. I felt like I was enjoying it, but it ended abruptly and left me so confused

** I didn't include any critique in my video; it is the original gameplay and commentary, edited to enhance the comedic elements of the session.  "One of the Buttons" is viewable from 8:35 - 21:48. Game critique is included below.

I don't really know what to say! I certainly didn't hate it but I most definitely didn't enjoy it as much as I assumed I would as the title and game menu led me to believe I would be either on the hunt possibly for buttons or on the run from a button-decorated/eyed antagonist. You subverted my expectations, which is good, as none of the ideas realized in the game were what I expected to happen; that is a positive when it comes to horror. I liked the comedic appeal of the game such as the level with the killer deer and the conversations with the Bun creatures. Everything felt so surreal and strange, which is a positive but I can't say it was entirely effective as I am still unsure as to what the reason is for why the protagonist must venture the different levels of varying oddity that seem to have no real connection to his/her/their death (outside of a nightmare) and what the purpose is for the Raggedy Ann doll (perhaps childhood trauma/memories) or the bronze keys. If anything, the game is structured in a way that makes me think the horrifically mutilated lanky limbed jump scare monster may represent how the protagonist died (or at least, how their body looked after death). My favorite aspect about this game was the music used for the mystical portal balls. My least favorite thing about this game was how random or disjointed it felt but I'd be remiss if I didn't say that said randomness (and creativity) was unmistakable in your character designs; most noticeably during the Algum-Bun level (the short limbed hairy humanoid in the cell wearing the Bun mask is very memorable).  If anything, I hope this honest critique can offer some help or insight. Personally, I hope this - as well as all other reviews - compel you to continue in your passion for game development! Learn from any mistakes and build upon your success. Your weirdness and dark sense of humor are appreciated otherwise, there'd be no one playing the game.

** Question: did you create the music used within the game yourself and if not, would you mind sharing links for the original sounds/music (especially the song played for the mystical balls)?

** POSSIBLE BUG: After encountering the killer deer, the sound of their attack is audible throughout the remainder of the game.

Good game! The NPCs are creepy!

One thing that I can definitely say about this game is that it is....WEIRD!!!
But that's not necessarily a bad thing!! It definitely had its share of jump scares that got me and the "plot" intrigued me to find out what actually happened to me to caused me to die. But ...the end definitely left me confused.

But overall it's a horror game that did in fact manage to scare me, so its  definitely worth playing. 😊

This game was so different! Me and my little bro had a great time!

The only thing that terrified me here is the doll, it's the Annabelle doll (Similar to the original, not the movie). and guess what, this thing terrified me when I was a kid and I also have that doll in my shelf XD

line but I did enjoy it nonetheless. I wouldn't say it was scary, it was more silly than anything but silly good made me laugh. HAHA!!

Check out my game play below. It's the first one :) x

Really strange little gem, but it certainly had substance! Well done on the bunny models!

I dont really know what to say. The english was absolute trash and so were the dialogues. It made the game look silly and it was silly anyway. Theres no atmosphere or anything scary in that game. BUT there was one thing that really caught me off guard, it's when that one monster thing in the hospital came running towards me. That was the only time I felt really uncomfortable (in a good way as it should be ofc). But this is just a trash meme game. And also what the f*ck is that sex scene in that mine?
Wish I spent my time playing something else...Though I must say the concept was pretty cool but what you made out of it is just... bad. I know this is supposed to be a fun game but I'm on itch.io because I want genuine/actual horror games in the "horror games" category. Sure not everything is perfect, but this wasn't even a  game...

well, you can just play other typical horror games no problem, enjoy jumpscares in every corner goodluck.

Well, for me it's not about jumpscares but about actual horror. I want something scary, creepy and weird. And this game was just pure trash. This had no atmosphere, nothing scary, nothing creepy nor suspense or anything that makes you want to keep playing. I mean it's obviously a meme game but then it should not be here under the "Horror" category. I try everything in this category so I tried this one aswell and that's my opinion on it. Might I add, you should be happy about getting sincere and honest criticism (if you care about making an actual horror game eventually).

oh, it was my mistake I just tag as horror category, whatever you saying that this game is trash but many people actually like it, and people don't like trash games you know.

They like it because they want people/you to check out their YouTube. That's unfortunately how it works on here but I am an honest reviewer of horror games. It is a trash game. It's not even meant to be mean, it's just my opinion and criticism and you should appreciate that.

they like it because I'm checking their youtube? no, I don't think so, now I'm working on a new game, and I want to, you criticize it.

I usually write something nice about the games I play, but this game was absolute TRASH! I'm sorry, no one else will say it... lol, but here's my gameplay.

you're free to say your own opinion no problem.

Reply
Horrorlum45 days ago
Either i am truly dumb or this has only happened to me but the after the second ball crystal thing, literally nothing worked for me, i just kept running around in circles with no aim,  but i did like what i had played, maybe ill try again sometime!
Reply
f00kedup45 days ago(+1)

This game was so weird 🤣 but that Doll creeper me the hell out! 😨 Great job!

I played this game in the latest episode of my series 'Quick Scares' on my YouTube Channel! Check it out! 😄💀

This was an experience for sure. Honestly the meaning went over my head but I had a great time playing it!

This is like the most random a$$ game I have played for awhile, but also a treat to play, 10/10 will play again

is there anything wrong with game?

also models made by me do you like it?

yes they are cool bcoz i like story and gameplay

this game is just for fun and wasting time a good way of course.

but i love playing it :)

Dancing Deer was good and killing them was like i never thought this game gave a diversity of things to do shooting, horror, rich-story, some bunny mating behind bars, workers bunny and purple bunny

The design of game was good yet i confused where to go ;P As tunnels made me forget the way

This game was super weird, but really interesting!

Was definitely an interesting game to say the least. The only thing that did bug me a little bit was that the subtitles would stay on the screen even after they have finished. Other than that the models turned out great!

What a strange journey this was 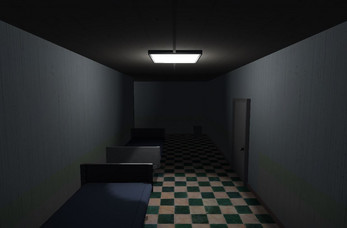 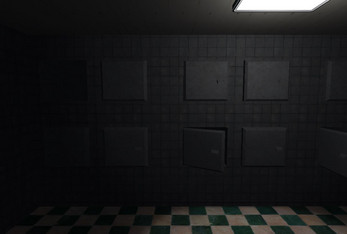 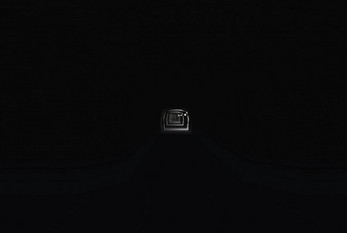 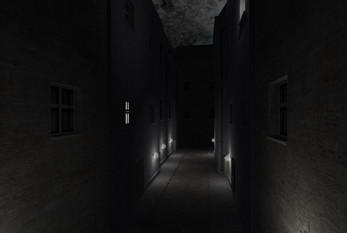 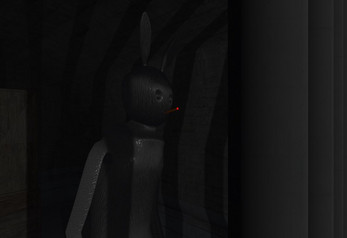